Hormone Receptors May Regulate The Effect Of Nutrition On Life Expectancy 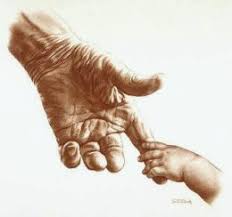 A reduced caloric intake increases life expectancy in many species. But how diet prolongs the lives of model organisms such as fruit flies and roundworms has remained a mystery until recently.

Scientists at the Max Planck Institute for Biology of Ageing in Cologne discovered that a hormone receptor is one of the links between nutrition and life expectancy in the roundworms.

The receptor protein NHR-62 increases the lifespan of the animals by twenty per cent if their calorie intake is reduced.

Furthermore, another study showed that the hormone receptor NHR-8 affects development into adulthood as well as the maximum lifespan of the worms. It may be possible that receptors related to these are also responsible for regulating life expectancy in human beings.

The roundworm Caenorhabditis elegans lives only about 20 days. This makes it an ideal research subject, as the complete lifecycle of the worm can be studied in a short time. Also, the worm consists of less than a thousand cells, and its genetic make-up has been extensively analysed, and contains many genes similar to humans. The scientists in Adam Antebi’s team at the Max Planck Institute for Biology of Ageing use Caenorhabditis elegans to find out how hormones influence ageing. They are particularly interested in hormone receptors that reside in the cell nucleus, which regulate the activity of metabolic genes.

Their results indicate that the receptor NHR-62 must be active for reduced dietary intake to fully prolong the life of worms. If NHR-62 is inactive, Caenorhabditis elegans will live 25% longer under dietary restriction than if this receptor is inactive. “It seems that there is an as yet unknown hormone which regulates lifespan using NHR-62. If we can identify this hormone and administer it to the worm, we may prolong its life without having to change its calorie intake”, Antebi explains.

A restricted diet also affects the expression of genes dramatically: out of the approximate 20,000 worm genes, 3,000 change their activity, and 600 of these show a dependence on NHR-62. It follows that there are many other candidates for improving life expectancy.

Since humans have receptors similar to NHR-62, so-called HNF-4α, the Max Planck scientists suspect that the hormone receptors may not only control the maximum lifespan of roundworms, but might affect human beings as well.

However, nutrition also affects lifespan in several other ways. Another study by the scientists has shown that worms lacking the hormone receptor NHR-8 will remain longer in a pre-pubertal stage before they reach adulthood. They also die earlier than animals with this receptor. NHR-8 is a nuclear receptor, responsible for the animal’s cholesterol balance. “Without it, the worm cannot produce enough steroid hormones from the cholesterol and therefore reaches sexual maturity later on.

In addition, its fatty acid metabolism changes and its life expectancy drops”, explains Antebi. Receptors similar to NHR-8 can be found in human beings too. Conceivably cholesterol metabolism could therefore regulate physical development and affect life expectancy in humans as well.

For a short video on intracellular receptors for testosterone, check out Intracellular Receptors & Steroid Hormone Testosterone on YouTube.

The Health Benefits Of Stong Relationships

6 Healthy Habits to Start Your Day In The Right Direction