Meditation Can Lead To Dramatic Enhancement In Cognitive Performance, 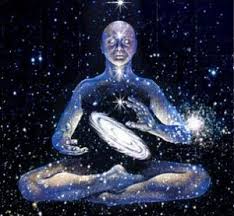 Not All Meditative Techniques Impact the Body Mind Alike

Back in the day, our spiritual teacher used to make a point of explaining the wide range of meditations. Each designed for specific results, we used to experiment endlessly. Breath meditations, chanting meditations, silent attention and in motion all work in different ways impacting the body mind spirit.

Contrary to popular belief, not all meditation techniques produce similar effects of body and mind. Indeed, a recent study by researchers from the National University of Singapore (NUS) has demonstrated for the first time that different types of Buddhist meditation – namely the Vajrayana and Theravada styles of meditation – elicit qualitatively different influences on human physiology and behaviour, producing arousal and relaxation responses respectively.

In particular, the NUS research team found that Vajrayana meditation, which is associated with Tibetan Buddhism, can lead to enhancements in cognitive performance.

The study by Associate Professor Maria Kozhevnikov and Dr Ido Amihai from the Department of Psychology at the NUS Faculty of Arts and Social Sciences was first published in the journal PLOS ONE in July 2014.

Previous studies had defined meditation as a relaxation response and had attempted to categorise meditation as either involving focused or distributed attentional systems. Neither of these hypotheses received strong empirical support, and most of the studies focused on Theravada meditative practices.

The researchers had also observed an immediate dramatic increase in performance on cognitive tasks following only Vajrayana styles of meditation. They noted that such dramatic boost in attentional capacity is impossible during a state of relaxation. Their results show that Vajrayana and Theravada styles of meditation are based on different neurophysiological mechanisms, which give rise to either an arousal or relaxation response.

Applications of the research findings

The findings from the study showed that Vajrayana meditation can lead to dramatic enhancement in cognitive performance, suggesting that Vajrayana meditation could be especially useful in situations where it is important to perform at one’s best, such as during competition or states of urgency. On the other hand, Theravada styles of meditation are an excellent way to decrease stress, release tension, and promote deep relaxation.

After seeing that even a single session of Vajrayana meditation can lead to radical enhancements in brain performance, Assoc Prof Kozhevnikov and Dr Amihai will be investigating whether permanent changes could occur after long-term practice. The researchers are also looking at how non-practitioners can benefit from such meditative practices.

Assoc Prof Kozhevnikov said, “Vajrayana meditation typically requires years of practice, so we are also looking into whether it is also possible to acquire the beneficial effects of brain performance by practicing certain essential elements of the meditation. This would provide an effective and practical method for non-practitioners to quickly increase brain performance in times of need.”