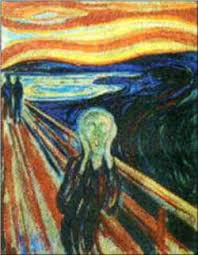 BARCELONA, SPAIN (7 October 2013) – Improved understanding of the roles of inflammation and oxidative stress in psychiatric disorders has generated new leads in the search for novel therapies. One such investigative compound currently in clinical trials is an amino acid, N-Acetyl Cysteine (NAC), which appears to reduce the core symptoms of bipolar disorder, schizophrenia, depression, autism and cravings in addictions including cocaine, cannabis abuse and cigarette smoking.

At the start of the decade of the brain, in the early 1990s, there was great hope that a flurry of new treatment discoveries would eventuate. In contrast, today, most pharmaceutical companies have a drying psychiatry and neurology pipeline and many have exited the field entirely. “One of the factors has been an over reliance on typical monoamine pathways as targets for drug discovery,” said Professor Michael Berk, Chair in Psychiatry at Deakin University, Geelong, Australia.

“drug discovery is at a near standstill for treating psychiatric disorders such as schizophrenia, bipolar disorder, depression and common forms of autism.”

Beyond the monoamine-based drugs, neuroscience has elucidated an array of other important pathways that are involved in most major psychiatric disorders, for example schizophrenia and both unipolar and bipolar depression.

According to Professor Berk, there is now an incontrovertible evidence base that these disorders share inflammation and oxidative stress as part of their disease physiology. In addition, associated pathways including reduction in proteins that stimulate neuronal growth (neurotrophins), and increased cell death (apoptosis), as well as energy generation in organelles called mitochondria are intimately involved. “This understanding provides an entirely new set of treatment targets.”

The amino acid, NAC, seems to have multiple effects on all these pathways: it

These molecular effects of NAC have been investigated in a series of clinical trials, which show that NAC reduces the core symptoms of schizophrenia including negative symptoms such as improved apathy, social interaction and motivation.

It also appears to reduce depression in people with bipolar disorder and at this meeting, new data on its role in unipolar major depression was presented. Furthermore, there is intriguing evidence that it reduces cravings in a number of addictions including cocaine, cannabis and cigarette smoking. “Apart from nausea, it appears to be relatively free of problematic side effects,” said Professor Berk.

In addition to NAC, a range of other compounds that target similar pathways, particularly inflammation, seem to have therapeutic potential. These include aspirin, cyclooxygenase (COX) inhibitors, statins, omega-3 fatty acids and even some anti-diabetic agents such as pioglitazone. “Capitalising on our understanding of inflammation and oxidative stress in major psychiatric disorders appears to give us an entirely new range of potential treatments for these common, severe and disabling conditions,” said Professor Berk.