The American Academy of Pediatrics (AAP) recommends that parents limit combined screen time from television, DVDs, computers, and video games to 2 hours per day for preschool-age children.Â  In a study soon to be published in The Journal of Pediatrics, researchers found that many children are exposed to screen time both at home and while at child care, with 66% exceeding the recommended daily amount.

According to Dr. Pooja Tandon, â€œA majority of children under the age of 5 years in the United States spend almost 40 hours a week with caregivers other than their parents, and itâ€™s important to understand what kind of screen time exposure children are getting with these other caregivers.â€Â  Dr. Tandon and fellow researchers from the Seattle Childrenâ€™s Research Institute and the University of Washington studied nearly 9000 preschool-age children who took part in the Early Childhood Longitudinal Study â€“ Birth Cohort (ECLS-b), a longitudinal, observational study of over 10,000 children born in 2001 with diverse socioeconomic and ethnic backgrounds.Â  The ECLS-b used interviews with parents and child care providers to collect data about each childâ€™s daily screen time. 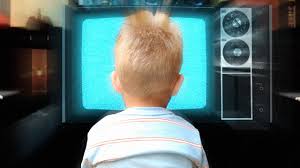 On average, children were exposed to 4 hours of screen time each weekday, with 3.6 hours of exposure coming from home.

Children enrolled in Head Start, a program for economically disadvantaged children, watched an average of 4.2 hours a day.Â  However, very little of this time was accrued at the child care center.Â  â€œOnly 2% of the 4.2 hours occurred while the children were attending Head Start,â€ Dr. Tandon explains, â€œwith the rest of the exposure happening at home.â€

Television viewing in young children has been associated with speech delays, aggressive behavior,

and obesity, but few states have regulations about screen time in licensed child care settings.Â  Dr. Tandon believes that such regulations may be helpful in curbing screen time.Â  â€œParents can also play an important role,â€ she suggests, â€œby making sure all of their childâ€™s caregivers are aware of the AAPâ€™s advice regarding screen time.â€