Extra-virgin olive oil can protect the liver from oxidative stress. Researchers writing in BioMed Centralâ€™s open access journal Nutrition and Metabolism exposed rats to a moderately toxic herbicide known to deplete antioxidants and cause oxidative stress, finding that those rats fed on a diet containing the olive oil were partially protected from the resulting liver damage. 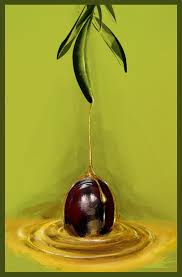 Mohamed Hammami from the University of Monastir, Tunisia and King Saud University, Riyadh, Saudi Arabia, worked with a team of researchers to carry out the experiments in a group of 80 rats. He said, â€œOlive oil is an integral ingredient in the Mediterranean diet. There is growing evidence that it may have great health benefits including the reduction in coronary heart disease risk, the prevention of some cancers and the modification of immune and inflammatory responses. Here, weâ€™ve shown that extra virgin olive oil and its extracts protect against oxidative damage of hepatic tissueâ€.

The researchers separated the rats into a control group, an olive oil group, and 6 groups that were exposed to the herbicide â€˜2,4-Dichlorophenoxyacetic acidâ€™ with or without either whole olive oil, or one of two oil extracts â€“ the hydrophilic fraction or the lipophilic fraction. All rats given the herbicide showed signs of significant liver damage. However, extra virgin olive oil and hydrophilic fraction intake induced a significant increase in antioxidant enzyme activity and a decrease in markers of liver damage.

Speaking about the results, Hammami said, â€œThe hydrophilic fraction of olive oil seems to be the effective one in reducing toxin-induced oxidative stress, indicating that hydrophilic extract may exert a direct antioxidant effect on hepatic cells. However, more detailed studies about the effect of antioxidant compounds separately and/or their interactions are necessary to substantiate these observationsâ€.

Here’s What Happens When Kids Eat Breakfast Before School