The Institute of Science in Society reports that Scientific American isn’t really so very scientific when it comes to GMOs.Is America’s most trusted science magazine is spreading disinformation on behalf of a failing and desperate industry, in utter disregard of scientific integrity and the overwhelming evidence of hazards to health and the environment? Judge for yourself.

America’s most trusted science magazine is spreading disinformation on behalf of a failing and desperate industry, in utter disregard of scientific integrity and the overwhelming evidence of hazards to health and the environment Dr Mae Wan Ho, Dr Eva Sirinathsinghji and Prof Peter Saunders

Please circulate widely and repost, but you must give the URL of the original and preserve all the links back to articles on our website. If you find this report useful, please support ISIS by subscribing to our magazine Science in Society, and encourage your friends to do so. Or have a look at the ISIS bookstore for other publications

Deceptively authoritative pronouncements not backed up by evidence, scientific or otherwise

A recent editorial in Scientific American entitled “Labels for GMO Foods are a Bad idea” caught most people by surprise. In beguilingly authoritarian tone and without providing references for any of its confident-sounding assertions, it tells us that labelling GM Foods [1] “would only intensify the misconception that so-called Frankenfoods endanger people’s health.” If anything, the editorial itself is guilty of spreading disinformation regarding GMOs, which is very disappointing for a normally trustworthy and serious science magazine. We feel obliged to expose some of the major misconceptions in the editorial.

The piece begins with the tired old pronouncement used by industry to reassure the public since the early 1990s that humans have been “tinkering” with crop genomes since the beginning of time through the process of conventional breeding, implying that genetic modification is no different. In reality, there is no longer any doubt that genetic modification is distinct from conventional breeding and introduces new risks, as fully acknowledged in the Cartagena Protocol on Biosafety for regulating GMOs under the United Nations Convention on Biological Diversity [2], which was adopted by the international community on 29 January 2000 and entered into force on 11 September 2003.

The assertion that genetic engineering is more “precise” than natural plant reproduction flies in the face of abundant evidence documenting extensive mutations and scrambling (rearrangements) of the host genome as the result of genetic modification, with new transcripts and harmful proteins found in the rare cases that were subjected to further investigations [3].

Using American citizens as guinea pigs for the past 20 years is another common justification for GM food. The claim that they are eating it without evidence of harm is not based on science, as without GM labelling it is impossible to tell who has eaten GM food and who has not or in what amounts. The only way one could tell if GM food has any effect on the health of American citizens is to compare their health status before and after GM food was introduced.

Dr Nancy Swanson, retired scientist of the US Navy, used data from official sources -including the Centers for Disease Control, National Cancer Institute, National Kidney and -Urologic Diseases Information Clearinghouse and US Renal Data System – to find out if the status of health of US citizens has changed since GM crops were introduced [4]. According to Swanson, the data revealed a “marked deterioration of health” with the introduction of GM crops. The incidence of diseases and adverse conditions that have gone up in parallel with the increase in GM crops and the use of glyphosate herbicide since 1994 (first year of commercialization of GM crops) include thyroid cancer, liver and bile duct cancer, obesity, high blood pressure, hospitalizations for acute kidney injury, diabetes, and end stage renal disease. As Swanson points out, correlation does not necessarily imply cause and effect, and there may be other factors, i.e., a long list of environmental endocrine disruptors and toxic substances including food additives and preservatives. “GMOs may be pushing us off the cliff.” She said. “Certainly more research should be done to firmly establish causality.”

Although the epidemiological findings do not establish cause and effect, there is now overwhelming evidence from laboratory studies on cells and animals documenting damages to practically every organ system from exposure to GMOs and/or glyphosate herbicides, confirming what farmers have been experiencing for years in the fields (see our comprehensive report [5] Ban GMOs Now).

GM crops do not increase yield

A common myth perpetrated by the pro-GM lobby is that GM crops increase yield, which is blatantly untrue. A recent study based on yield data from United Nations Food and Agriculture Organization showed that the US staple crop system has been failing since the adoption of GMOs and is being overtaken by predominantly non-GM Europe in all respects including yields, resilience, pesticide use, and genetic diversity [6, 7] (US Staple Crop System Failing from GM and Monoculture, SiS 59).

The Scientific American editors tell us that [1] “a seven-year study of Indian farmers show that those growing a genetically modified crop increased their yield per acre by 24 percent and boosted profits by 50 percent.” This was a real surprise, as the failures of Bt cotton in India were documented by many grassroots organisations and widely publicised as was its role in accelerating farm suicides (see ISIS review [8] Farmer Suicides and Bt Cotton Nightmare Unfolding in India, SiS 45). As recently as April 2013, the agriculture minister of Maharashtra (one of the main cotton states) openly admitted that Bt cotton was a failure [9]. He stressed the need for agriculture officials to be more proactive. Bt cotton spread has increased to 95 %. “Cotton yields in Vidarbha [in India’s cotton belt] remains an abysmal 177 kg per acre.” The agriculture minister said. “Even Pakistan was doing 400 kg average yield.” He noted that Bt cotton was benefiting seed companies more than farmers and wondered why agriculture scientists and officials failed to promote time-tested traditional varieties and indigenously developed hybrids.

So what is the Sci Am editors’ assertion based on?

Our investigation turned up a paper [10] published in top journal Science (which has long become the apparent mouthpiece of the GM industry). The main author Martin Qaim at University of Bonn in Germany is notorious for having previously co-authored a paper published in the same journal in 2003 claiming even greater (80 %) yield increases from Monsanto’s GM cotton [11]. That paper drew a storm of protest and derision, as Monsanto had provided the data, and the findings were completely at odds with reports coming from Indian farmers and grassroots organisations. Dr Devinder Sharma, a food policy expert, called the paper a “scientific fairytale” [12].

Bt cotton has been an unmitigated disaster for India in exacerbating farm suicides, with an ecological and agronomic nightmare still unfolding in plagues of secondary and novel pests, pest resistance, novel diseases, and soils so depleted in nutrients and essential microorganisms that they will no longer support the growth of any crop [8].

Beneficial GM crops that do not exist

In order to put a beneficent gloss over GM crops – now consisting of two major categories Bt and glyphosate tolerant both damaging to health and ecosystems and benefiting no one else but the companies [5] – the pro-GM lobby is conjuring crops supposedly good for health and the environment out of thin air.

The most publicised is the GM golden rice, engineered to make pro-Vitamin A, which the editors tell us [1] will curb vitamin A deficiency that “blinds as many as 500,000 children worldwide every year and kills half of them.” But “Greenpeace and other anti-GMO organizations have used misinformation and hysteria to delay the introduction of Golden Rice to the Philippines, India and China.”

The truth is that Golden Rice does not exist, at least not as a variety that is ready for commercialization.

Golden Rice (GR1) was created as a public relations exercise nearly 14 years ago [13] (see ‘Golden Rice’ – an exercise in how not to do science, ISIS/TWN Report). It produced so little pro-vitamin A that you would have to eat buckets every day to get enough. Golden Rice staged a comeback as GR2 in 2008 with a special feature in Science [14], which revealed that Tufts University in Boston USA has been carrying out ‘clinical trials’ of Golden Rice on children. More than 30 senior scientists and academics signed an open letter (16 February 2009) condemning the work [15] (Scientists Protest UnethicalClinical Trials of GM Golden Rice) as being in breach of the Nuremberg Code of Ethics. Two of the studies involved children 6-10 years old. Furthermore, the Golden rice in the trials (GR2) was not one identifiable variety. Instead it was a collection of experimental transgenic events still in the laboratory [16] (The Golden Rice Scandal Unfolds, SiS 42), not characterized in terms of basic molecular genetics or biological and biochemical properties, not tested pre-clinically on animals, or subjected to any other safety assessment. The Tufts University scientist and the Chinese scientists involved in the trials have been reprimanded by Tufts University authorities and the Chinese government respectively since [17].

The editors tell us that for the past 20 years, Americans have been eating plants genetically modified to “tolerate drought” [1]. Actually, a GM crop claimed to be drought tolerant is commercially available for the first time in 2013 [18]. 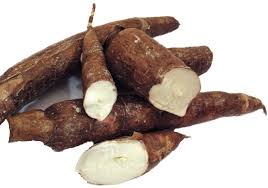 But it is the GM cassava that gets the prize for disinformation. The editors wrote [1] “An international team of researchers has engineered a variety of cassava – a staple food for 600 million people – with 30 times the usual amount of beta-carotene and four times as much iron, as well as higher levels of protein and zinc.” Our investigation failed to locate any such GM cassava, except as stated intentions, or at best in experimental varieties subjected to “contained” field trials [19], all created with the Agrobacterium vector system that’s especially hazardous for health and the environment (see [5]). The only GM cassava created by the Donald Danforth Plant Research Center in St. Louis Missouri and actually described in a paper published in 2011 was retracted in September 2012 because [20] “an institutional investigation revealed that significant amounts of data and supporting documentation that were claimed to be produced by the first author could not be found” and “the validity of the results could not be verified.”

Instead, great strides have already been made in improving cassava through conventional breeding, including three varieties of b-carotene rich cassava that are being widely released in Nigeria [21] (How Non-GM Cassava Can Help Feed the World, SiS 59).