— all administered between birth and age six

— compared to three vaccinations for seven diseases in the 1970s. 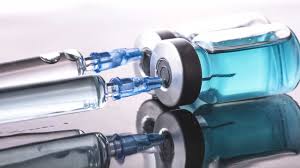 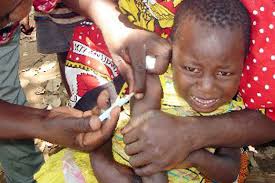 The first study, comparing unvaccinated and vaccinated children, looked at the link between preterm (i.e., premature) infants, vaccination, and the development of neurological development disorders (NDD) such as autism spectrum disorder, ADHD, and learning disabilities. Preterm babies are already at increased risk for NDD, but the study found that vaccinating preterm babies—which is standard medical practice—significantly increases that risk. Preterm birth combined with vaccination was associated with nearly seven-fold increased odds of NDD.Two recent studies underscore concerns that science has been abandoned in order to promote Big Pharma’s pro-vaccine agenda. Action Alert!

Additionally, the study also found that vaccinated kids were far more likely to use medications and other health services. They were more likely to have been prescribed antibiotics, allergy drugs, and fever medications; fitted with ventilation ear tubes; visited a doctor in the previous year for a health issue; and been hospitalized. Readers can consult the study for the specific numbers, but we can extrapolate that the healthcare costs of vaccinated children are at least twice that of unvaccinated children—not counting the real costs of caring for children with NDD and chronically sick children for a lifetime.

Like any study, these papers have limitations. The sample size (666 children) is relatively small, and self-reporting surveys can be unreliable. These findings indicate that larger studies comparing the health outcomes of vaccinated and unvaccinated kids should be done.

As the authors note, this is not a radical view: the National Academy of Medicine (formerly the Institute of Medicine), which advises the federal government on health issues, has recommended further study of vaccines. The Academy specifically recommends focusing on the health outcomes of both vaccinated and unvaccinated children, the long-term cumulative effects of vaccines, the timing of vaccinations in relation to the child’s age, the total number of vaccines given, the total number of vaccines given at one time, and the effect of vaccine adjuvants.

It is shocking that such studies have never been done, considering that the childhood vaccination program now includes forty-eight doses of vaccines for fourteen diseases—all administered between birth and age six—compared to three vaccinations for seven diseases in the 1970s. If those who wish to force vaccinations on the US population are so confident that vaccines are safe, why not do the studies?

The likely answer: Big Pharma makes Big Money from pumping the most vulnerable among us full of vaccines.

Science is about examining all the currently available evidence dispassionately before reaching a conclusion—and that conclusion is always open to further evidence or analysis. Sadly, those claiming the mantle of “science” in the vaccine debate are actually rejecting science.

The question is not just whether we vaccinate, but rather how and when we do so. The biggest questions concern the use of adjuvants such as aluminum, which we are injecting right into our bodies where the liver cannot protect us; the use of preservatives; and the appropriateness of the schedule of shots. We need an honest, fact-based discussion of these topics.

Action Alert! Write to the FDA and tell them that they must study the long term effects of vaccination. Please send your message immediately!

Editor’s note (5/9/2017):Within hours of publishing this article, we learned of reports that the Journal of Translational Science has retracted these studies. We will keep you updated as we work to confirm these reports and discern the reason for the retraction. It wouldn’t surprise us if special interests are behind this, since industry has used its clout to exert pressure on scientific journals in the past.

Update (5/18/2017): We can now confirm that the studies have not been retracted, and are back online.

Why Squats Are So Awesome And How To Do Them Right