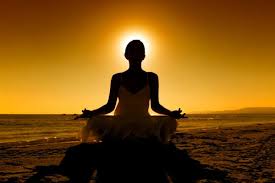 Yoga is flexing its way into the workers compensation world. By Roberto Ceniceros for Business Insurance Magazine

Rehabilitation service providers say their goals include helping patients improve their ability to cope with pain, increasing physical functioning and addressing emotional conditions to promote a more productive lifestyle.
The programs can cost workers comp payers tens of thousands of dollars for sessions that patients attend daily over several weeks. Yet their results, like their offerings, are mixed, several sources said. There is a lack of quality outcomes data showing what works and what doesn’t, said Eunhee Kim, CEO at EK Health Services Inc., a San Jose, Calif.-based workers compensation managed care company.
Patients might report health improvements and regaining lost physical abilities immediately after completing a functional restoration program, only to relapse months later with their pain and narcotic use increasing, Ms. Kim said. There could be several physical or social reasons for that. Payers may close a claim immediately after claimants complete such programs or they may offer follow-up care. To help injured workers suffering from multiple complications requires treatment with “interdisciplinary themes,” such as cognitive behavioral therapy blended with occupational or physical therapy, said Dr. Kathryn Mueller, a medical professor at the University of Colorado in Denver. Overall, increasing functional outcomes that are measurable should be the goal of all medical treatment, said Dr. Mueller, who is also medical director for the Colorado Division of Workers’ Compensation. “That is particularly true with opioid management, but it is true” for all care, she said. “In workers comp, we think of that as return to work or at least increasing job tasks” that an injured worker is capable of performing.
Without a strict definition of functional restoration, providers can assert that they offer such programs while providing nothing more than physical therapy, sources said. Some are even “fly-by-night” operations, Mr. Pew said.
To recommend which functional restoration programs provide good outcomes, Mr. Pew said he is attempting to score them based on a set of questions he developed for the service providers. The goal is to help work comp payers decide what action to take after utilization review and peer-to-peer discussions with a treating physician have concluded that an injured worker is consuming too many drugs without showing improvement.
While scoring functional restoration programs, Mr. Pew said he found that those that appear to have the best practices are making yoga part of their offerings. Yoga “helps with flexibility, which obviously is part of trying to get (patients suffering from chronic-pain issues) beyond the “I can’t move’ stage,” Mr. Pew said. Yoga also appears particularly suited for helping patients, such as workers who have experienced failed back surgeries, focus on something other than their pain, Mr. Pew said. “However you came to chronic pain, you have to figure out some way to not let it drive you,” Mr. Pew said. “That is really what functional restoration is trying to do — improve your function, which improves your quality of life.” But several experts said patients must be interested in the functional restoration program’s offerings and motivated to make lifestyle changes to achieve positive results. Better programs properly screen participants for their motivation before admitting them, sources said. Motivated patients can find yoga to be beneficial, Dr. Mueller said.
For a more in depth introduction to yoga, check out the  Complete Guide To Yoga Therapy It has everything you need to understand what yoga is and isn’t. There’s on thing that’s always been true about the many benefits of practicing yoga. It’s guaranteed to work, but there’s just one catch. You have to do it. Start where you are. Enjoy the journey.

Safe Natural Home Cleaning With Ingredients From Your Pantry