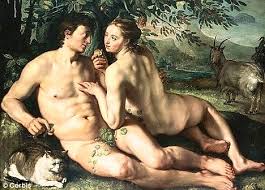 Female hyposexual desire disorder, or female loss of libido, is widely prevalent, affecting one out of every four women. It is associated with severe effects, including depression, anxiety, stress, relationship difficulties, separation and divorce.

A clinical study was conducted in Australia in 2012 under the auspices of the University of Queensland to test the efficacy of LibifemTM, or Trigonella foenum-graecum, fenugreek seed extract. Libifem is known for its aphrodisiac properties and is offered as an ingredient by Gencor. The study explored whether Libifem could safely and naturally restore a woman’s healthy libido, sexual vitality and desire.

Researchers selected 80 women aged 21 to 49 years to participate in the double-blind, randomized, placebo controlled study. Participants were required to be healthy, with regular menstrual cycles and in stable monogomous relationships that they perceived to be secure and communicative. Those who were pregnant, depressed or taking prescription medications other than oral contraceptives were excluded. Sexual functioning was measured using the DISF-SR (female) QOL. Total score and domain scores were measured at baseline, four and eight weeks. Stress, fatigue and quality of the relationship were also measured. The study took place in Brisbane, Australia.

The total sexual functioning score increased significantly in those receiving Libifem compared to the control group at the one- and two-month data collection points. Sub-analysis showed significant increases in five domains, including sexual cognition, sexual arousal, sexual experience, orgasm and sexual drive/relationship at both one and two months in the group that received Libifem. No significant difference was detected in the placebo group. Hormone profiles, blood chemistry, cholesterol and liver function tests showed no difference between groups. The product was well-tolerated and no significant difference in metabolic or health parameters was observed. Reductions in perceived self-reported fatigue level were noted in the Libifem group.

Researchers concluded that Libifem has a positive effect in enhancing libido in healthy, menstruating women in stable relationships. They noted positive changes for physiological aspects and psychosocial aspects of libido, as well as fatigue reduction.

In summary, Libifem offers a scientifically supported option for women who wish to increase their sexual desire. It is a natural product, and easy to use in product formulations.

Libifem is an extract of fenugreek, a traditional but relatively unknown remedy for sexual dysfunction, standardized to Fenuside™, Gencor’s trade name for a group of furostanol saponins. Fenugreek extracts have a long history of safe use.

Other Studies with Trigonella foenum-graecum

New Cases Of Diabetes On Rise In UK

How Do Consumer Attitudes On Nutritional Supplements Differ From Policy Makers?

Stepping Up To The Obesity Challenge