Thanks to Alliance for Natural Health for this discussion on natural treatments for acid reflux disease. 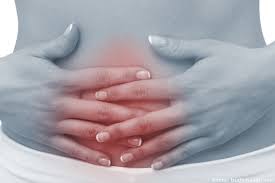 Our article last May on gastroesophageal reflux disease continues to get a lot of comments. The article concerned a controversial surgical procedure in which a metal ring with magnets is clipped onto the bottom of the esophagus. The ring of magnets pull inward to close the esophagus but with practice expands to allow food to pass downward. Sounds pleasant, doesn’t it? Does anyone think for a moment this operation would be happening if it weren’t so profitable for surgeons?

As we have noted, the primary cause of acid reflux in most cases appears to be a stomach environment that is not acidic enough. The lack of acid in the stomach, where it is meant to be, means that the stomach may fail to signal the pyloric valve at the top of the stomach to close when you are digesting food—which in turn allows acid reflux to get up in your throat and produce heartburn. Even weak acid, too weak to close the valve, will cause pain in the throat and potentially damage the sensitive tissue there, which, unlike the stomach, is not meant to be exposed to acid.

One of our readers, Brad, notes that it is very important to get one’s pH levels tested to ascertain the acid levels in one’s stomach:

Dr. Jonathan Wright [about whose battle with the Washington medical board we have been chronicling in this newsletter] has had almost 2,000 patients with these acid problems. Not one of them ever had their intestinal pH checked by their MDs….Dr. Wright gives them a Heidelberg capsule [a high-frequency radio transmitter] and every step of your intestine is measured for real pH. Of his nearly 2,000 patients w/acid issues only two individuals had too much acid. Every other patient had low stomach acid. It is still too acidic to not damage and hurt the esophagus, but the weak acids make for poor digestion, cause gas, which causes pressure, which causes reflux/heartburn….In most cases, most MDs are doing the exact worst thing by prescribing antacids!

We couldn’t agree more, Brad. Besides the Heidelberg capsule, other tests are available to measure the pH levels in the stomach. If you experience frequent acid reflux, be sure to see your integrative physician and ask for one. He or she may also recommend supplements containing hydrochloric acid and enzymes to control GERD and restore the digestive system.

In addition to hydrochloric acid tablets, there are other, newer approaches. One natural health product known as d-limonene seems to help. Dr. Frank Shallenberger recommends fairly low dose melatonin as another treatment for GERD. He cites a study of 350 patients in which all patients who took the melatonin were relieved of their acid reflux symptoms within forty days—with no side effects. The researchers used other nutrients in conjunction with the melatonin: l-tryptophan, d,l-methionine, betaine, folic acid, vitamin B6, and vitamin B12. They used l-tryptophan because it converts to melatonin in the enterochromaffin cells. The other supplements stimulate the methylation cycle. This news about melatonin is an exciting new development.

One reader said papaya tablets work well for him—within minutes. While there are no strong scientific studies investigating papaya’s effectiveness against acid reflux, there is much anecdotal evidence supporting papain, the enzyme in papaya, as an effective digestive aid.

Many other readers suggested apple cider vinegar. Apple cider vinegar’s acetic acid promotes a more acidic environment in the stomach (although it may promote a less acidic environment elsewhere in the body where one wants it be to be more alkaline.) Just one tablespoon stirred in small amount of water may be enough—it is important not to drink too much of it. (Some readers said apples themselves worked well.)

Some readers mentioned probiotics. Although healthy bacteria are needed in the lower intestine, and probiotics work wonders for problems there, the stomach is supposed to be an environment that is too high in acid for probiotics to live there.