The Science Based Arms Race For The Consumer’s Trust 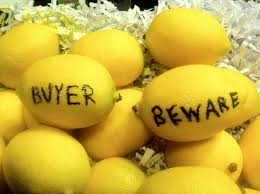 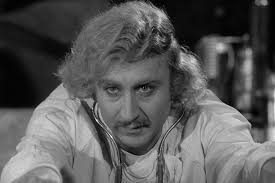 Ask Your Doctor If Good Nutrition Is Right For You

When the natural products industry began to mature and started using science based claims for their ingredients, formulations and products, they gave up a very big advantage they had.

That advantage was in the obvious connection between good food and good health. Food was cool back in 431 BC when Hippocrates allegedly admonished us to make food our medicine and medicine our food. This food as medicine connection has been deeply rooted throughout human history. Food and nutrition were the at the root so to speak, of ‘natural’ products. This was somewhat of a backlash against large scale processed foods that started taking on forms that were unrecognizable, yet immensely compelling from the standpoint of convenience and taste.

As the market grew, it became necessary to address convenience, efficacy and safety factors. Distinguishing natural remedies as ‘just as good as’ or ‘better’ than pharmaceuticals, the need for scientific validation for the claims to good health became more important than the common sense experiences traditionally associated or attributed to their use.

The results have been mixed. We have a treasure trove of existing and ongoing science supporting food as medicine. Yet we can’t say so for fear of running afoul of some Federal regulation or monopolistic protection.

Drug companies buy up nearly every inch of ad space in scientific journals, so the argument persists that there’s little scientific basis for natural product claims. If a tree falls in the forest and no one hears it . . .

We have good manufacturing practices and we have dozens of third party certification organizations. The message to the consumer is that there must be a problem with food standards somewhere.

In the meantime, we’ve seen a proliferation of new ingredients, formulations and products clamoring for shelf space. Consumers have never had so many choices, yet confusion has never been greater.

They don’t understand the reason behind pricing for the same item from different manufacturers. The whole shopping experience can be overwhelming and intimidating.

Most of this confusion could have been avoided. If the industry had led with nature as the gold standard, we could have more easily validated our claims to efficacy and safety. Instead of copying big pharma’s model, we could have copied nature’s.

Many pharmaceuticals were derived from plants from nature. We could have framed big phama as copying  nature and following those of us with a food and nutrition based approach to health instead of playing the never-catch-up with their marketing and budgets game. .

Now we have an arms race to invent and patent more and more products designed for a specific effects. We pile on tons of scientific evidence and expect consumers to feel secure in their purchases.

We can’t say ‘ask your doctor’ if product ‘X’ is right for you because there are too few doctors who know what to answer. Based on the amount of nutrition education they were exposed to in medical school, most doctors look like a deer in the headlights when a patient asks a nutritional question.

It’s no wonder we’re in such a sorry state of health. Don’t despair. It’s not as difficult as it seems. Self education is the first step to understanding how food and nutrition are essential to optimal health. After all, they don’t call them “vitamins” for nothing.

Fortunately, consumer awareness about the medicinal benefits of knowing about food and how to best use it for our optimal health, is a secret that’s no longer so secret. Despite attempts to separate us from food’s full story, consumers are causing a major upheaval in the food and consumer packaged goods sector. This is good news for food and nutritional supplement manufacturers. There’s a pretty compelling story to tell about their products. The more the good food story is told and circulated, the faster new shelf space will appear. In the stores, on the web and ultimately on consumers pantry shelves.

Everything You Need to Know About Fish Oil Supplements