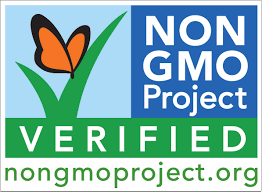 Today, March 27, is the date on which FDA is required to respond to the Just Label It campaign’s petition to label genetically engineered (GE) foods. It’s also a day that will go down in history, as the campaign has collected a record-breaking 1 million signatures in favor of GE labelingâ€”more than any other food petition previously submitted to the FDA.

Since October, the Just Label It national campaign has gathered the support of 500 diverse partner organizations. It took less than 180 days to accumulate the record number of comments. According to the campaign, 1 million comments translates into someone speaking out to support GE labeling every 30 seconds for an entire year.

“This is a campaign that’s gaining momentum,” said Gary Hirshberg,Â StonyfieldÂ chairman and Just Label It partner, during a press Webinar. “We never would have dreamt that we’d hit a millionâ€¦ This is not a fad and it will not soon pass.”

The campaign says it is reasonable to assume that the FDA will respond today, the 180th day, because FDA is required to respond to filed petitions within that time frame. As to the nature of the agency’s response:

“FDA will likely say they are studying the matter,” said Sue McGovern, Just Label It spokesperson. “At some point however they will need to respond yes or no. If no, the next step is the courts.”

April 2 Update: Shortly after this story was published, the FDA told the Just Label It campaign that it had made no decision on GE labeling and needed more time. It also told the organization that its 1 million comments only counted as 394, due to regulations which stipulate that any amount of signatures (say 10,000) on the same form letter only count as one comment.

The study presented a fairly-worded argument both in favor of and against labeling to 1,000 survey participants. Even in the face of an argument against GE labeling, there was still almost unanimous support for labeling.

According to the survey, “even after voters hear powerful arguments against labeling, support for mandatory labeling of GE foods proves not only strong, it turns out to be exceptionally robust, with an 89 percent supermajority continuing to choose the pro-labeling position over the anti-labeling position.”

What’s most heartening about the latest statistics is it demonstrates bipartisan support. The survey found that the major political parties are in favor of GE labeling:

The Just Label It campaign seeks to give the right to know about genetically modified foods back to the consumer. Since 1992, FDA has held the policy that GMO foods are equivalent to non-GMO foods even though there’s no scientific evidence to support that, said Andy Kimbrell, Center for Food Safety, during the press Webinar. As a result, consumers have no way of knowing if foods contain GMOs, unless that food is certified organic or Non-GMO Project Verified.

The survey makes it clear that even though FDA treats the two foods as equivalent, consumers do not. Fifty percent said there is an important difference between GMO foods and non-GMO foods. The survey also found that only 26 percent believe genetically engineered foods are safe, and that half of participants wanted stricter regulations on GMOs.

“More than 40 countries worldwide, including all of Europe, already have labeling. We’re asking FDA to give our citizenry the same rights held by citizens in all of these different countries,” said Hirshberg. “The 180-day period is this week, but for our coalition this is just the beginning.”

Newhope360, a supporter of the Just Label It campaign, is closely following the FDA’s decision on this matter and will cover the issue as soon as the news is released.

Hormone Receptors May Regulate The Effect Of Nutrition On Life Expectancy